40 years with the choir and still singing 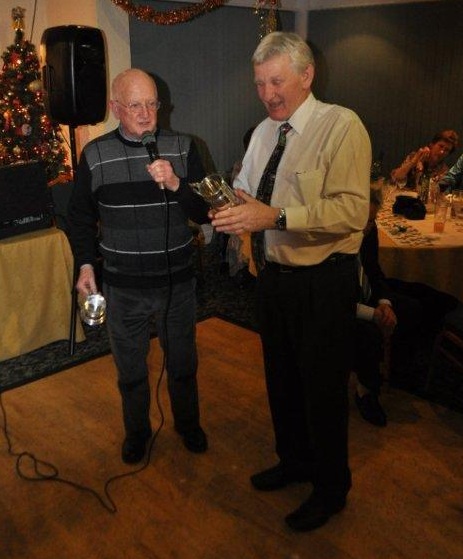 Mick and Gwyn with their tankards

Since the reformed Colwyn Male Voice Choir became Côr Meibion Colwyn in 1972 two of the founder members still sing with the  choir. Gwyn Roberts and Mick Williams were at the first rehearsal n the Marine Hotel Old Colwyn on a Sunday night in November 1972. If you look on our history page the image below you can see Mick ( 3rd from right second knelt row) and Gwyn (2nd from right first knelt row). 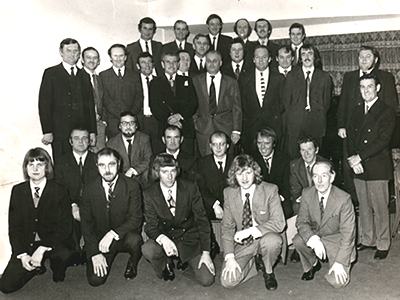 Both of them are in the Second Tenor section, Mick also at one time held the position of choir secretary and Gwyn spent ten years as Musical Director from 2000 and is currently our Deputy Conductor and a member of the committee. The choir could not let 40 years of service be overlooked so we commissioned two engraved tankers as a memento.  At our annual choir Christmas Dinner Lady Myers the wife of our President Sir Philip Myers presented Gwyn and Mick with their tankards. 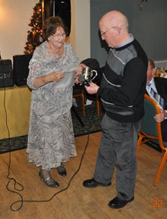 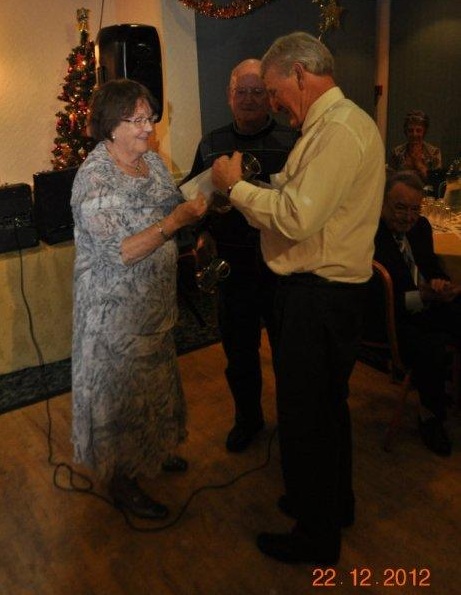